I know what you’re thinking; ‘PPC is a technical discipline! Leave creative thinking to the social and PR teams’. Wrong! I attended a fabulous talk by Kirsty Hulse at 2019’s Search Leeds event entitled,‘How science can help you have better ideas’ and looked at the ways in which we can train our brains to think more creatively. She asserted that PPC is every bit as creative as the other marketing disciplines and she predicted that in 2020, creativity will be the most important skill for employees entering the workplace as it’s something you simply cannot automate.

With this in mind, we set about trying to find the best examples of creative PPC campaigns in action. Some of these won, or were nominated for, awards at the time, but we wanted to celebrate them further, with our very own ‘Creative PPC Awards’.

Now let’s take a look at the nominees in action:

Up first, ‘You’re Not You When You’re Hungry’ from Snickers and AMV BBDO

Based on the (accurate) theory that people very often misspell words when they are hungary (oops, case in point, get a snack Lucie), Snickers worked with Google to identify a list of the 500 most commonly misspelled words and used these as their search campaign keywords. Thus, every time a hungry office worker accidentally spelled ‘business’ as, ‘buisness’ they were served a search ad directing users to their ‘You’re not you when you’re hungry’ landing page.

Why do we like this campaign? - This is incredibly creative but also pretty simple in its planning and execution. Snickers were also realistic about the goals of the campaign from the start, it was about brand awareness, getting eyes on the tagline. And this is exactly what they did!

The second nominee is Brewdog’s collaboration with Cleandigital.

It’s well documented that the team at Extreme love a Friday afternoon beer, so it’s only right that our list includes a glass of the good stuff!

Brewdog tasked Cleandigital with creating a campaign aimed at attracting new shareholders in their ‘Equity for Punks’ campaign. The overall aim was to raise £10 million in 90 days across multiple channels. For the PPC side of this strategy, they first spent some time identifying their target audience by considering in detail the interests of their customers (eg pet owners, alternative rock fans).

For the ads, they made use of one of the most exciting features of the Google search toolbox: ad customisers. Ad customisers allow you to insert dynamic information into your search ads. Brewdog used the countdown feature, which allowed them to literally count down to the funding deadline in their ads, fostering a real sense of urgency. They also went one step further, using ad customisers in conjunction with scripts and sheets to live broadcast the progress of the campaign, creating a feeling of scarcity and also a desire to be a part of something which was proving to be a success.

This strategy worked a treat, and Brewdog smashed their target, raising a total of £11.2 million in 90 days across all channels, £3.5million of which was raised directly from PPC.

Why did we like this campaign? It’s a prime example of the importance of knowing your audience. It’s also an exciting demonstration of how far search ads have come, and how interesting and dynamic they can be. I think we can all drink to that!

Now for something completely different! So far we have focused exclusively on search, but our next nominee is proof that for many brands, a paid Youtube strategy can be just as powerful, and an even better outlet for creativity.

Our third nominee was in a bit of a pickle…

Sarson’s Vinegar wanted to create a bold campaign to turn the tides in vinegar sales, which were down by a whopping 80% year on year. The team at Reprise, Sarson’s agency of choice, analysed Google search trends and discovered that searches for ‘pickling’ related queries were on the rise, particularly among the millennial audience. To react to this demand, Sarsons and Reprise created 15 short videos, demonstrating recipes for everything from pickled onions (yum) to pickled eggs (I’ll pass). They then used these videos as part of a targeted Youtube trueview campaign, focusing on the 20-45 year old demographic.

The results were staggering! 2.8 million video views and, more importantly, a 20% uplift in malt vinegar sales year on year!

Why did we like this campaign? - The use of search trends data encouraged the team to think outside the box about the ways in which their product is used by the public. Rather than targeting users who are searching explicitly for vinegar, they targeted the use. It’s also an example of how youtube advertising can be used to indirectly influence sales by changing the wider conversation around a product.

The tech giants and their agency created a disruptive search campaign which bidded on their key competitor; the Iphone 6S.

When users searched for the rival handset, they were served with an ad for the new Samsung Galaxy S6 which used playful messaging to imply that they had misspelled the search term.

The campaign certainly set tongues wagging, with many news outlets and blogs reporting on the ads, causing it to go viral! The story gained 2.7 million views on Reddit, 82,000 page views on CNET and 26,000 page views on The Independent, meaning the overall impressions and impact of the campaign went far further than those simply achieved in the search results.

Why did we like this campaign? - It’s cheeky, it’s playful and it got people talking! Of course, this kind of approach will not work for every client. The tone of voice used in a ppc campaign should ideally match the tone of voice adopted by a brand across all of their digital activity. But it is a perfect example of how search ads can be every bit as creative, and fun, as their social cousins!

Which of the nominees was your favourite? We love them all so much that we couldn’t possibly choose a winner!

Want to discuss the ways PPC could help your business?

Get in touch with our technical AND creative team!

Lucie is our lead on all paid media activity, overseeing our talented paid media team and managing the strategy and implementation of all paid search campaigns across multiple platforms. Fully Google qualified and working directly at Google prior to joining Extreme, there's not much Lucie doesn't know about PPC! 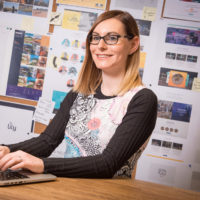 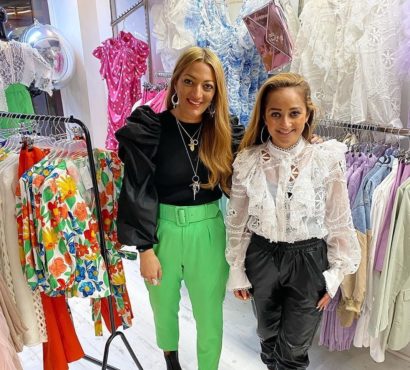 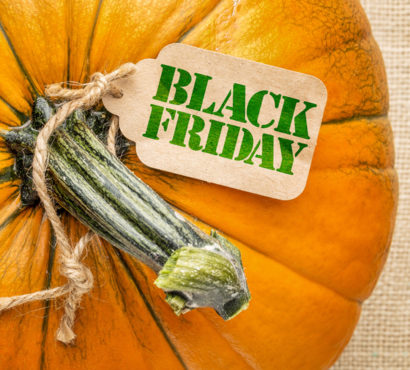