As we leave Covid restrictions behind, Brits are set to celebrate Easter in a big way in 2022.

It’s looking to be the most ‘normal’ seasonal event we’ve seen since the pandemic began. Unlike last year, we will see families and friends gathering in large groups to reunite over the long weekend. It's also the first year international travel is back on the cards!

Now, Easter is a busy time for all marketers — particularly in the chocolate and confectionery industry. With one third of Easter sales made before Valentine’s Day, according to Lindt’s 2021 Easter Review, it's important brands start their campaigns early!

However, it’s easy to think that Easter isn’t applicable to your brand, but that doesn’t have to be the case.

So, what better way to get into the campaign spirit than by taking a look at some of the greatest campaigns down the years, from brands large and small?

Time to check out which cracking campaigns rank for the best Easter marketing campaigns of all time as voted for by Team Extreme.

Some of the best Easter campaign ideas ever

This year’s campaign from Cadbury follows their tried and tested tactic of sparking conversation around their annual Easter egg hunt, allowing them to consistently dominate the space with their cult classic product - the Cadbury Creme Egg.

For 2022, Cadbury’s have produced limited edition half-white and half-milk chocolate creme eggs, which if found could win you up to £10k. However, only if you can resist eating it!

With two short films, each of which shows a lucky customer trying to hold off eating the rare winning eggs, viewers are left wondering if they managed to resist.

The campaign has been featured in 32 news articles so far across national, regional, local and trade press, while their promotional video on Instagram has amassed over 32K views since its release.

We couldn’t mention Cadbury’s without also looking at last year’s worldwide digital egg hunt campaign. At a time where much of the world was forced to go digital due to the pandemic, consumers around the globe were able to travel the world virtually using Google’s street view on maps to find one of over half a million hidden digital Easter eggs. Shoppers could also send digital eggs to loved ones by sharing a personalised clue to help them locate it.

This is a brilliant example of adapting to challenging circumstances, and once again kept their annual Easter egg hunt at the forefront of conversation. Result wise, it drew 1.78 million site visits and resulted in over 14 and a half thousand sales of real eggs to those who found their digital counterparts.

Talk about a cracking success!

The campaign’s hero film celebrated the different ways Cadbury Creme Egg fans have enjoyed their favourite Easter treat for the last 50 years — whether they are a licker, dipper, baker, 'eggspert', or sharer.

Cadbury’s decision to feature a real-life same-sex male couple sharing a Creme Egg went viral and sparked controversy with over 25,000 people signing a ridiculous petition trying to ban the ad.

The ASA took no action but it just goes to show how there is still a long way to go with reflecting society and diverse audience in advertising — gay couples exist, and they eat Creme eggs — what’s to get mad about?

The campaign also involved social and digital activity, including Mondelez UK’s debut on TikTok. Assets were specially designed to encourage as many people as possible to get involved in the Golden Goobilee birthday celebrations.

If you don’t have a sweet tooth, Easter might not be your favourite time of year. However, 2020 has seen the launch of the Sensations Easter ‘Egg’ Gift Box - which includes Sensations Thai Sweet Chilli Crisps, a bottle of Malbec, two stemless wine glasses, a bamboo sharing bowl AND a £5 Amazon Prime Video voucher.

Not only is this ingenious as it appeals to those of us who prefer savoury over sweet, but is the perfect accompaniment to a night in - something that we’ve all been enjoying a lot more of over recent years...

Easter 2019 fell amidst the final series of Game of Thrones, Deliveroo tapped into the hype by releasing limited edition GOT dragon chocolate eggs.

A clever incentive by Deliveroo’s marketing team, the three eggs were purchasable through their online app in a select number of cities in the UK for a bargain price.

Deliveroo knows their target audience - people who watch Game of Thrones will enjoy a night in, in front of the TV, and order their favourite food. The uniqueness of the idea plays to the hype of GoT, and multiple national news sites picked up this story - great visibility for the brands.

This campaign helped to draw in new account sign ups from consumers and fans alike, all trying to get their hands on the limited edition eggs. We’re watching this space to see how they can top this campaign in 2020.

The main challenge for brands at Easter is - how do they fit into a market that shouldn’t really be theirs. IKEA knows what they’re famous for - flat packing! They were keen to ‘hop’ on the Easter bandwagon in 2019, with the introduction of their flat-pack chocolate easter bunny called Vårkänsla.

A creative play on their self-assembled products, Vårkänsla came packaged complete with instructions on how to build the 3D bunny. Not surprisingly for the creative marketing geniuses at Ikea, this campaign is on-brand to a tee, gaining huge traction on social media and news outlets alike for its humorous creativity, whilst driving consumers straight into stores.

It stands out for us, as it is true to brand, creative and fun and compliments what they’re known for. For once this is a flat pack we’d be happy to assemble and that’s why we’ve included it.

We had to end our round-up with our personal favourite! Back in 2019, we worked with Nisa Local on a cross-channel campaign to convert digital fans into physical footfall with the Nisa Cadbury Egg Hunt.

For this, our main aims were to drive footfall in-store and raise awareness of Cadbury’s Easter range. However, we still wanted to create content that was engaging and fun for Nisa’s fans. This multi-channel campaign helped us to boost not only Store Locator visits, but also social engagements and reach!

Cadbury was always going to feature more than once in this list. We eagerly await their creative Easter campaigns each year — and 2018 was no different.

In 2018, Cadbury launched the Live Egg Hunt, a first of its kind, fully-immersive social experience for Facebook Live. An interactive Easter egg hunt that anyone could join from anywhere, reimagining the traditional Easter egg hunt in a playful way that would appeal to young adults.

Users were egged to log on and use the 360-degree video feature to scan the virtual landscape and hunt for hidden eggs. The first person to spot the egg and comment its location was rewarded with real-life chocolate!

Over the course of the experience, eggs were programmed to appear in different locations, using a customised algorithm that increased the number of eggs as more people joined the hunt.

The Cadbury Live Egg Hunt exceeded all expectations for a single Facebook post, reached over 7 million people, achieved an ROI of 1,628% and led to a 4.2% Total Easter sales increase against 2017

2016 — Carlsberg, If Carlsberg did Chocolate bars

A bar, made of chocolate — say no more.

The ‘If Carlsberg Did Chocolate Bar’ was part of the #IfCarlsbergDid campaign for Easter.

According to the senior brand manager of Carlsberg UK Dharmesh Rana, Easter was the ‘big beer-drinking season for its consumers, and the company just raised the ‘bar’ by creating an out-of-this-world chocolate bar stunt.

When we think of the Easter Bunny, we don’t usually think of the type of rabbit that Ann Summers sell. But, apparently, Easter typically sees a spike in condom and sex toy sales — who knew.

Despite it being the least ‘sexy’ holiday of the year, Durex were on a mission to try to normalise healthy conversations around sex. They knew people were having it at Easter, they just wouldn’t talk about it, so wanted to find a fun way to reach their audience and engage them in these conversations - thus, Durex Easter X was launched.

These limited edition eggs were only available via social channels. A week before Easter, Facebook and New Zealand’s most-followed social celebrities, prompted couples to interact with Durex’s Snapchat to win.

Okay, so we’ve shown you some of the best and well, most interesting, campaigns from over the years.

But how can you get creative and get the most out of your digital channels for your own Easter campaigns?

Now we know how important video marketing is, so why is that any different at Easter? 72% of businesses say that video has improved their conversion rate, so whatever industry you’re in get creative with your content

Why not add easter eggs to your social media posts, website or even your emails. Customers who find the hidden eggs could be entered into an Easter-themed competition or win a 20% off voucher.

Top Easter Recipes, How to keep the Kids (and the new dog) entertained over the long weekend, DIY egg decorations - that sort of thing.

Consumers want content that’s valuable to them and if you can give them something fun to do, or something useful that they can come back to then it’s going to help you build your brand and foster customer loyalty in the process. A win-win situation.

Temporarily offering a luxury product at a lower price is a great way to boost loyalty with bargain hunters who might normally be turned off by a premium price tag.

Building and optimizing your landing page to tie in with your Easter promotion or marketing campaign will ensure your hard work driving people to your website isn’t let down by poor conversion rates.

Create a Paid Search campaign to capture any additional interest that your Easter campaign may generate. It's also an opportunity to have a little fun with your ad copy and include some cracking puns!

An Example Made by Extreme

A campaign we thought up last year involved a digital PR piece for a specialist face mask manufacturer. By promoting chocolate scented face masks, they could extend a wearers' Easter experience to every time they step out the house. More of a PR stunt to drive conversation and secure backlinks, this playful campaign is another example of getting a brand not typically associated with Easter involved in the conversation, while also tapping into current world events at the time.

Need help coming up with an egg-cellent seasonal marketing campaign? 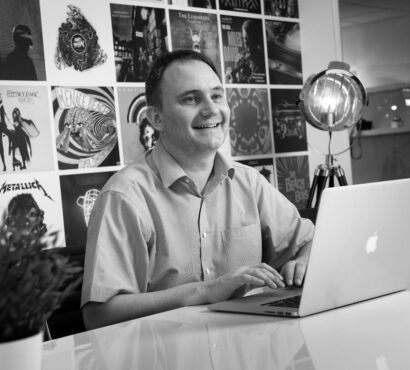 A marketing agency owner’s take on privacy changes in 2022: what are they & what can we do? 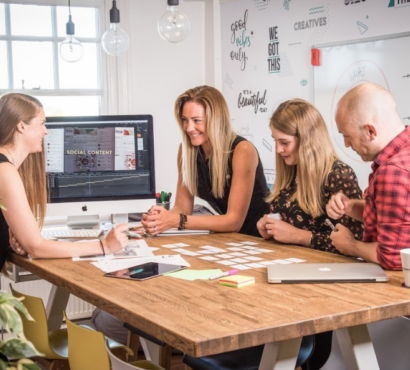 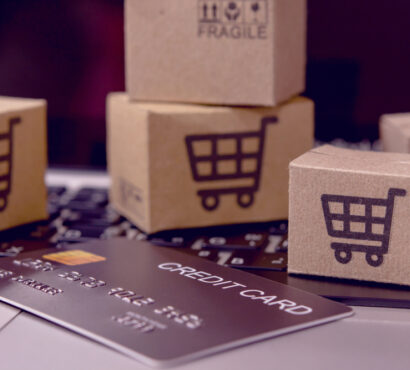 What the sales funnel actually looks like in 2022: introducing the ‘messy hexagon’