Despite demonstrating incredible flair, creativity and innovation when it comes to their collections, some of the world’s leading fashion houses have struggled to transfer this to the online world where they’re tasked with recreating the emotive, highly immersive experience of a show to a screen only experience.

An additional, more far reaching challenge they face is balancing the image of exclusivity – a cornerstone of their marketing strategies for decades; portraying a lifestyle out of reach for many – with inclusiveness and a new way to connect to their customers in a digitally-driven world.

Bringing the customer closer to the brand

Burberry were the first to capitalise on the huge amount of attention fashion houses receive in the build up to their shows by allowing customers to purchase their collections online and instore immediately after their shows – which were streamed live on their website and on social media – had ended. Traditionally, you’d have to wait six months after a show to buy any of the collection but this move, considerably shortening the gap between runway reveal and store availability, shows Burberry’s commitment to adapting to a digital world dominated by the here and now. Tom Ford, Ralph Lauren, and Versace have since followed suit.

Where Burberry have excelled themselves is in giving customers access to the brand in a way that was previously unheard of in the luxury world. They’ve moved beyond live streaming to share pictures of their entire collection before it premiered on the runway. All of this is done with the aim of treating every customer equally regardless of whether they walked into their flagship store in Regent Street or looked at them on Instagram.

The art of storytelling

Successful storytelling has the power to emotionally connect with your audience and none do this better than a brand synonymous with style and sophistication. Inside Chanel takes you through the world of Chanel from its most famous fragrance ‘No.5’ to its history of haute couture. Chanel uses content to cement its legacy of style and exclusivity with a number of short films and galleries documenting the history of this famous French house from founder Gabrielle Chanel, to current creative director, Karl Lagerfeld.

Unlike Burberry in the previous example where the entire focus is on the user, Chanel take a completely different approach where it’s all about their brand showing how both approaches can be successful when used correctly.

Harnessing the power of others

A number of luxury brands have adopted this approach as a means of expanding their reach. Dior teamed up with Rihanna, who at the time had a social media following four times that of the ironic French label, and she became their first black spokesperson. She followed that up with a campaign for the brands Secret Garden collection before collaborating on a range of sunglasses. While Rihanna’s social media following may not be that representative of Dior’s core customer base it certainly succeeded in widening their audience something many luxury brands struggle to do.

One label, who I have a particular penchant for, who does this better than most, is Balmain. Having dressed everyone from Brigitte Bardot to Sophia Loren, Balmain have a tradition of the world’s most recognisable people stepping out in their designs and the modern-day Balmain is no different. Since Olivier Rousteing took the helm in 2011, Balmain have gone from strength to strength with a number of their campaigns featuring some of the most followed people on social media. From Kendall and Kylie to Cindy and Gigi, Rousteing’s little black book is the envy of his peers and the Balmain army shows no signs of slowing down.

Not only has this expanded Balmain’s reach considerably but it’s helped transform this very Parisian house into a much more international one. All of this has helped Balmain become more ethnically diverse both in terms of its customer base and those who feature in their campaigns and on the runway.

Turning the product into art

Part of the thrill of buying from one of the world’s leading fashion houses goes beyond the product itself. There’s a certain allure and excitement that goes with it and this isn’t something that’s been lost on the houses themselves. Dior successfully turn the creation of the product into artful expression. They document the stages involved in creating everything from haute couture to jewelry to show how their ateliers interpret the vision set out in the sketches of their creative director and the gem-setting techniques used by their jewelers.

Seeing how something so intricate and so delicate is created binds you to it; making you want it more. The same is true of watching any highly skilled artisan at work. You feel a greater desire to own what they’ve created having watched them create it than simply seeing the finished product and Dior capitalise on this excellently.

Burberry invest 60 percent of their budget in digital marketing and have topped L2’s digital fashion report – an annual index that ranks the leading brands on their successes and failures in digital – so it’s little surprise to see them completing our round up.

One of the most successful examples of user-generated content is their microsite Art of the Trench where users can upload photos of themselves wearing the iconic Burberry trench coat, which reminds me I really should upload mine. Users can sort the photos by type of trench, colour, gender, where the photo originated from and then click through to the site to complete a purchase. This truly global campaign captures the emotional connection allowing users from all over the word can share their stories. The site also provides information on the history of the coat, showing vintage models from 1910 and moving through the decades.

Our SEO Lead with over 10 years’ experience. James calls on an extensive knowledge of search and works closely with our content marketing team to deliver targeted, results-driven SEO strategies. 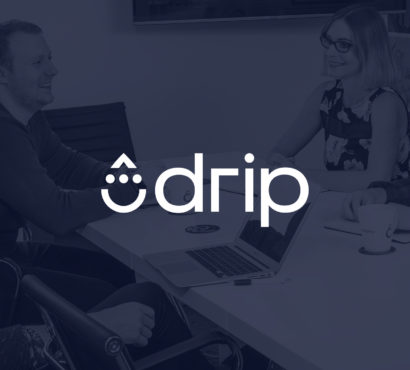 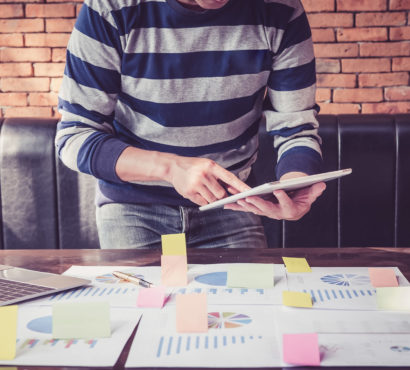 How To Rank With Featured Snippets Without Creating New Content