Attribution models are the methods used by Google to measure how effective a certain channel has been in a customer journey, eventually resulting in a conversion or goal being completed. More often than not, there are a number of different touch-points before a customer will complete an enquiry. Attribution modelling is the main way we can, as marketers, understand which paths and which channels our customers are using to achieve those goals.

An example of this can be seen above, which shows you the customer journey from where they first interacted with your brand, to finally converting into an enquiry. This breakdown table can be found very easily by going into your Google Analytics > Conversions > Multi-Channel Funnels and then clicking on the Top Conversion Paths.

As you can see these attribution paths can be pretty lengthy! Let’s take number 56 as an example and put this into a live situation. Mr Smith is looking for a nice restaurant to take his partner to on Valentine’s Day. He performs a search for ‘top restaurants in ‘X’ area’ and a number of paid advertisements appear, one specifically for a restaurant called ‘Joe’s Bar & Grill’. Mr Smith clicks the paid ad and goes onto the website for the bar and grill. He thinks it looks really nice but wants to go away and think about the decision a little bit more, after all it’s a special night being Valentine's Day! After talking through his decision with a good friend, he performs a second Google search, this time for ‘Joe’s Bar & Grill’. He clicks through to the website through an organic ad and has another look on the site but still doesn’t make a final decision. The next day, having thought it through, his mind is made up; ‘Joe’s Bar & Grill’ is the one! He types the URL into his web browser directly and goes to place a booking on the website, resulting in the conversion in attribution path number 56.

In this example, would it be fair to say that Direct was the main conversion path purely because it was the last touch-point before the customer converted? Probably not no, and this is where attribution models come into play.

The Different Types Of Models:

There are six main models to choose from in total, these are:

The default when setting up any conversion in Adwords is the ‘Last Click’ model, which ultimately means that Adwords will give 100% of the credit for that conversion to whatever was the last touch point. So if you refer back to the image and the restaurant storyline above, and look at number 56; using this model Analytics would suggest that ‘Direct’ has been solely responsible for the conversion and that the only reason Mr Smith visited Joe’s Bar & Grill is because in his final interaction he went directly to the restaurant’s website. However, this doesn’t take into account that Paid search and Organic Search both had touch points along that customer journey. In reality, Mr Smith may not have even heard of Joe’s Bar & Grill if it hadn’t been for the interactions with Paid Search and Organic.

First clickis, as the name explains, attributing 100% of the credit to the first click in a customer’s journey to converting. (So the complete opposite of the previous ‘last click’ model). Applying ‘first click’ to the same example, this model would suggest that neither organic nor direct had any part to play in Mr Smith’s booking, and 100% of that credit is given to the paid advert he originally saw.

The benefit of the first click model is that arguably if the customer hadn’t initially found you from this touch point, they may have never found your brand at all and never converted. The downside to this model is somewhat similar to the last click model in that we don’t take into account any of the other avenues that may be responsible for a customer converting.

The Linear attribution model is arguably one of the best when it comes to customer journeys that involve a number of different touch-points.

As you can see, when we look again at path 56, this journey contains three touch-points; paid, organic and direct. While the first and last click awards 100% of the conversion credit to one particular touchpoint, the Linear model takes into account every single touch point along that path and attributes an equal percentage to each. The Linear model would therefore suggest that the reason Mr Smith booked his Valentine’s meal with Joe’s Bar & Grill was not due to just paid, or just organic, but a combination of all three channels.

The Time Decay model assigns the highest proportion of credit to the most recent channel, and gradually moves down the conversion path, assigning a lower amount of credit to all the channels before that final touch point

Again, using path 56 as an example, this model suggests that the most important channel, and the deciding factor in Mr Smith’s customer journey, was Direct because ultimately this resulted in the final conversion. However, it also awards a percentage of the credit to the organic listing clicked half way through the decision making process, and a smaller percentage to the paid ad which started the journey.

The main advantages of the Time Decay model are that it enables us to see which interactions possibly had the biggest impact on a customer’s choice and it doesn’t put the conversion down to one channel. However, because this model attributes the majority of the credit to the touchpoints closest in time to the sale or the conversion, it assumes that the touchpoints at the start of the journey are less important.

This model is a combination of the Linear model and the Time Decay model. This model will attribute 40% of the credit to the first touch point, 40% to the final touch point, and then split the remaining 20% across all of the touch points in the middle. For example in our restaurant example, the Position Based model would suggest that the reason Mr Smith booked the reservation at Joe’s Bar & Grill was split; 40% credit awarded to paid search as that was the first touch point, 40% to direct as this was the final interaction before he booked the reservation, then 20% awarded to organic, as the middle interaction.

The benefit of the Position Based Model is that it takes every single aspect of a customer journey into consideration, whilst still enabling you to optimise around the most important parts of the journey.

However, as always there are some downsides to using this model. For example, the Position Based Model in this instance would assume that both Paid Search and Direct had the same level of importance. Which may or may not be true. It depends on a number of factors, such as your messaging, content, the customer’s familiarity with your brand and a number of other variables.

Data-Driven Attribution is arguably the most effective of all the different models, this model uses Google’s own machine learning technology and your existing conversion data to determine exactly how much credit to assign to each touch point in a customers journey to converting.

Unfortunately, Google is pretty tight lipped about the way in which it works this out, but the key differentiator is the fact that is uses...

“all available path data—including data from both converting and non-converting users—to understand how the presence of particular marketing touchpoints impacts your users’ probability of conversion”.

In terms of advantages, according to Google: “DDA typically delivers more conversions at a similar cost-per-conversion than last click attribution”. So why don’t we all switch to using the Data-Driven Attribution model?

The very real drawback for this model is the amount of data that is required for this attribution model to work effectively. Google states “your account needs to be having at least 15,000 clicks and a conversion action must have at least 600 conversions within 30 days.”

This generates a problem for smaller companies, who simply don’t receive that volume of engagement. It’s also only available for companies with access to a Google Analytics 360 account, which significantly limits the ability for certain companies to access this level of insight.

So what do you take away from this?

Whilst looking at attribution can easily be overwhelming, it’s important that you’re factoring these into your marketing decisions. Each of the different attribution models has its own positives and negatives. Your business goals, audience and your objectives should ultimately dictate which attribution model you choose to go with.

Reviewing your attribution models will present you with different sets of results from what you usually look at by default in Google Analytics, so make sure that you’re choosing the right one, and communicating this clearly to your client so they understand the importance as well.

Over time, we’re confident that more comprehensive data-driven attribution models such as Google’s version will become more and more important to help properly analyse what your customers are doing, and how your marketing activity should be adapted to maximise results. Until they become more accessible though to the majority, the above models are a great way to start understanding your customers in more detail, reporting on a truer path to purchase. 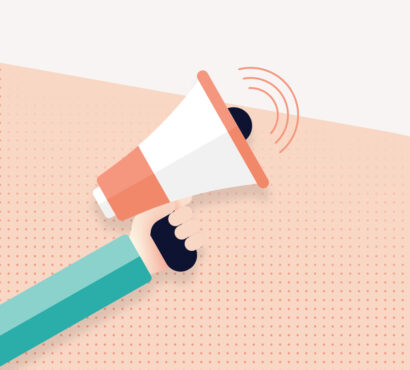 What is a brand’s Tone of Voice?