Well, hasn’t that flown by!

31 days of hacking that has resulted in over 457,000 Pull Requests being created on Open Source projects. Through October, the Extreme development team have been able to contribute over 49 hours to our favourite projects and raised 20 PRs.

The projects we’ve contributed to have been varied, from frontend libraries such as Adam’s accessibility updates to Flickity and Siobhan’s additions to Hover to documentation updates and improvements to Cypress’ GUI.

As a result, the team have often worked using frameworks or languages that aren’t normally part of our tech stack that helps our on-going commitment to constant learning and improvement.

As we’re a CraftCMS partner, we also worked closely with the plugins we use on a daily basis and have been able to extend functionality on Architect and Retour which will benefit all CraftCMS developers (whilst getting our hands on features we really wanted!).

CraftCMS is a really important piece of software to Extreme and being able to contribute to the ecosystem that surrounds it has been really rewarding. Let’s not forget that Extreme have also released our first Open Source plugin integrating Drip with CraftCMS.

One focus of Hacktoberfest is to support the owners of OSS repositories. As I highlighted in the opening post, managing a popular Open Source project can be time consuming and hard work but over the month we’ve seen these people have really welcomed contributions to their repositories and have always given constructive feedback to our PRs. This might take the form of code style changes, suggestions for better implementations or requests for extra functionality.

Whilst giving back to the community and promoting on going Open Source contributions are obviously the most important part of the event, buuuut the Extreme devs aren’t going to say no to a free t-shirt. Joe, Siobhan and Simon managed to hit the target of four Pull Requests and will no doubt be showing off their swag in the next few weeks!

Our dev team have been busy generously giving back to the OSS community during Hacktoberfest. Here's everything that has gone down so far...

Could our dev team work some magic on your digital presence?

Show me the code

Our talented Head of Dev, Mike has over 18 years' experience in digital agencies, specialising in server-side technologies and working on large-scale systems across a wide variety of industries. Focusing on automation and process, Mike's admirable aim is to make development, testing and deployment a smooth and enjoyable experience for everyone. 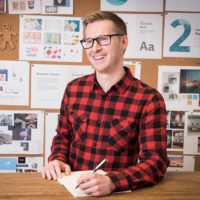