Although Halloween is thought to be more popular with our friends across the pond in America, Brits are spending increasing amounts of money on celebrating the big day.

The day brings with it huge opportunities for businesses to drive sales throughout the month of October, with brands of all sizes and industries tapping creating spooktacular Halloween marketing campaigns to connect with consumers. We’ll be taking a look at some of our favourites from over the years.

In 2021, Halloween spending totalled over £600 million. That is expected to rise to £687 million this year, before soaring again to £777 next year!

From costumes and party decorations, to crafts and confectionery, the British public were finding any excuse to celebrate and really got into the spirit of All Hallows Eve. Pinterest reported that searches for at-home Halloween games were up ten times the previous year, and costumes with masks up a staggering 27 times compared to 2019.

With this year’s Halloween free of any restrictions (so far), it’s safe to say that it’s going to be a real (trick or) treat! Here are some of our favourite ever Halloween marketing campaigns to help get you in the spooky mood.

One of our favourite campaigns has to be from the global online fashion brand, ASOS, who expanded their marketing efforts to include TikTok after the platform saw rapid growth amongst their target market, especially within the UK.

By using a network of influencers on the app, the campaign saw creators showcase their spooky looks on the For You Pages of both their followers and those interested in fashion. The trend saw TikTokers transition from casual day outfits to frightening evening looks using a custom made sound clip.

Overall, it was a huge success, with the hashtag receiving over 2.8billion views to date. For more advice on whether TikTok is right for your brand, check out our blog on how to use TikTok as a small business.

Marks and Spencer: The big M&S spooky night in

High street retailer and party food pros, Marks and Spencer always creates a range of devilishly delicious food and drink options for people to enjoy at home. The innovative 2020 range caused a real stir both on social media and in the press, securing 25 pieces of coverage across multiple national and regional publications including The Sun, The Daily Express, The Chronicle Live and Manchester Evening News.

From their eerie eyeball pizza and beastly bangers to petrifying pineapple punch and even a creepy Colin the Caterpillar cake, their combination of pre-made food and recipe ideas to make at home meant everyone could still enjoy a boo-tiful spread.

In 2022, you can expect Bone-offee cakes, Pumpkin Spiced Martini Cocktail, Vampire Crumpets and much more!

Back in 2018, Marmite released two limited edition jars - one for the lovers of the yeast-based spread, and the other for the haters - exclusively online. The campaign caused a huge stir on social media, receiving over 3,000 likes on Facebook alone, with fans rushing to the website to get their hands on a jar. This Halloween campaign was such a success, that Marmite have continued to release the jars every October since, though they are now also available to purchase in store at Sainsbury’s, meaning even more marmite fans can get their fix.

Offering online exclusives and using social media to promote them is a great way to drive traffic directly to your site. We’re seeing more and more brands - both big and small - moving into the Direct to Consumer space. Check out our ultimate social media guide for Shopify site owners for more tips on driving traffic to your site and boosting sales.

The global burger chain taunted fast food rival brand McDonalds back in 2017 by offering their signature Whopper burger to the first 500 people dressed as a creepy clown (inspired by Macdonald’s mascot) at selected sites. Coinciding with the film release of Stephen King’s It, and with the tagline, “Come as a clown, eat as a king,” the cultural relevance and timing of the ad was spot on.

The back and forth between the fast food chains always generates quite the buzz on social media, and the incentive of free food is almost always guaranteed to get customers involved. This is a great example of a digital PR campaign in which the original social posts gathered enough attention on social media to gain press interest.

The campaign achieved 2.1 billion earned impressions and went global, resulting in #ScaryClownNight getting mentioned in more than 1100 articles in 40 countries.

Each year the global streaming service puts a spooky spin on the common phrase associated with the brand, creating an infographic to share on their social media to help viewers pick which scary film to watch based on how scared they want to be, updating it with the latest horror film releases.

Each film is ranked on their level of how realistic, terrifying, enchanting and supernatural they were, with titles including The Haunting of Hill House, The Conjuring and cult classic, The Shining, setting viewers up for a month-long fright fest. To help subscribers decide which films to add to their scary movie binge list, they are encouraged to take part in a quiz which would navigate the options and generate their ideal horror film fest line up.

To date, #NetflixandChills appears on almost 8,000 instagram posts and almost 600,000 views on TikTok.

Fanta cans and bottles received a creepy but creative makeover for Halloween back in 2018, featuring graphics of vampires, witches and other devilish designs to mark the occasion. Each can and bottle also contained a unique QR code which unlocked a range of spooky snapchat filters which changed daily, encouraging customers to repeat purchase the product and share their spine-chilling creations with their social circles.

Fanta’s Halloween campaign has become one of the most successful ever brand activations on Snapchat. Ads of the World reported that a highly engaged teen audience of 25 million unique users interacted with the campaign, generating over 137 million impressions. More than 1.14 million on-pack Snapcodes were unlocked with the average engagement rate from swipe to use up at 37%.

Additionally, Fanta also added two Halloween-inspired flavours to their range - blood orange and pink grapefruit - which went down well with customers. So much so that in 2019 they also added a limited edition black version of the blood orange, catering to those who really like to get their ghoul on around the holiday, which they continue to sell exclusively to Asda each year.

Back in 2015, the supermarket chain got into the spirit of Halloween and played a few tricks on some of their customers using hidden cameras and creepy costumes.

From skeletons jumping out behind the meat counter and trollies with a mind of their own, to a pumpkin display that would scare unsuspecting passers by, staff managed to get a fair few screams out of their customers.

The Halloween campaign has racked up over 1.3million views on youtube to this day, and did a great job at promoting their instore offers. The following year, Tesco were up to their old tricks again, but this time taking the spookermarket directly to the customers, promoting their delivery service as the one stop shop for everything families need for a fangtastic Halloween, which again went down a (trick or) treat with viewers, receiving almost 1.4million views on Youtube alone. This is a great example of taking the principles of surprise and delighting customers to a whole new level!

With trick or treating a huge part of the Halloween season, it’s no surprise to see confectionary brands coming up with terrifyingly tasty products for people to hand out. In 2019, the sweet brand Skittles, whose tagline is ‘Taste the Rainbow,’ launched a limited edition run of Zombie skittles.

With freaky flavours such as Mummified Melon and Blood Red Berry, each pack was also laced with a repulsive Rotten Zombie flavour, meaning it was a russian roulette on whether you’d get a delicious or disgusting skittle.

The brand used influencer marketing to become a viral sensation, with followers rushing out to try their luck and see just how gross the Zombie flavour was. This sparked a vast number of taste tests and product reviews, causing the #DareTheRainbow challenge to be used around the globe and was such a success that Skittles brought it back for 2020 resulting in another 1.4 million impressions across social media. This viral challenge type of marketing helps to drive buzz around new products, and is a great way to get people buying and talking about your latest launch.

Brands of all sizes and across all industries can tap into the opportunities Halloween presents, it's all about being creative and knowing your audience. Back in October 2020, we launched the first Instagram filter for dogs with pet food brand, Harringtons. With a small budget and only a little promotion behind it, the filter was used over 10,000 times and attracted the attention of regional press.

Amy joined in 2014 to set up our Content department. She now heads up a growing Brand and Content team, utilising over 13 years’ experience to deliver brand awareness through targeted, multi-channel copy. As well as engaging content for websites and blogs, Amy delivers PR strategies and tone of voice exploration, helping clients to communicate the purpose and values of their brand with maximum impact.

Extreme's resident Instagram queen, Beth lives and breathes all things social media! After graduating with a degree in Advertising, she explored all aspects of the digital world before firmly finding her feet in the land of social. Day to day, you can find her brainstorming for campaigns, drafting up witty content and strategising to help clients soar on social. 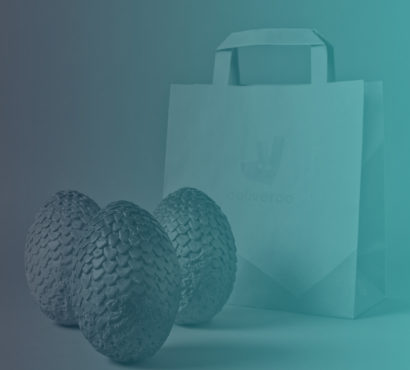 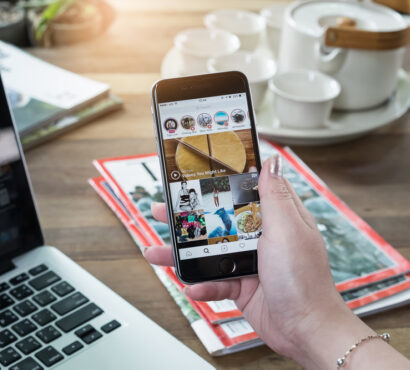 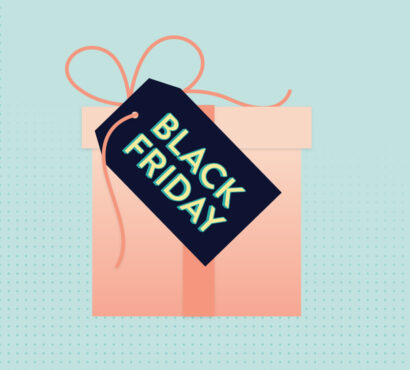 We've put together the ultimate guide to managing privacy and tracking so you can plan campaigns and still get maximum return.

Send me the insights